Make a three-hour trip out of Bangkok, and you’ll feel like you’ve landed up a world away. Kanchanaburi is a popular break with Bangkok Thais, who bring the party to the otherwise languid town, but it’s generally a slow, easy getaway that’s quite the antidote to Bangkok’s madness.

Remember The Bridge on the River Kwai? Immortalized in that movie, the actual bridge constructed by WWII prisoners of war as part of the Burma Railways, spans the river Kwai at Kanchanaburi. A cemetery for those who lost their lives here, as well as a museum, stand close to the bridge and are worth wandering through. You can also take a train as it crosses over the bridge – the ride from the River Kwai bridge Station to Nam Tok is a slow journey, allowing you to take in the lovely sight of the mountains looming to one side as the river gushes past on the other; quite a contrast to its history. 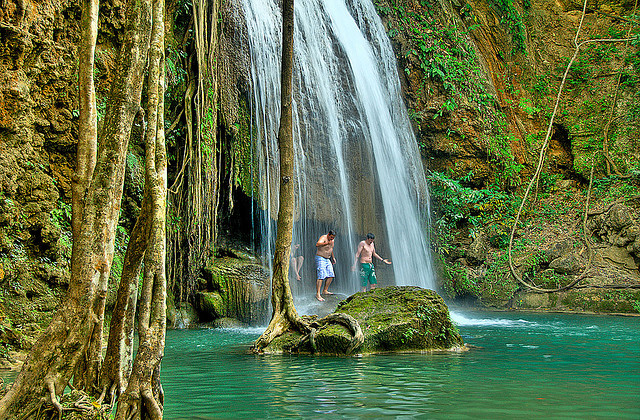 Once here, also spend some quality time within the Erawan National Park. About 65km outside Kanchanaburi City, this park is a stunner. Its most famous resident, apart from the Bengal tiger, elephant and deer that roam its grounds, is the Erawan Waterfall. Its seven tiers cascade over boulders and form clear freshwater pools, perfect to soak your tired feet in after the trek up. You may even get a free pedicure – the fish that live here are known to nibble at the dead skin left exposed under water. The first five levels of the waterfall are relatively easy to get to, but if you push yourself a bit and get up to the final two, the views will be just reward.

Then, you could make like an explorer and for the Phra That Cave, about 10km away. It’s quite a walk to get to it – make sure you’re carrying enough water and have slathered on the bug repellant – but you’ll be glad you made the effort. It’s dank and dark, as any self-respecting cave should be, and filled with astounding stalagmites, shaped by dripping water over the years. Tip-toe around the fresh bat poo and try and identify the shapes these creations seem to resemble. 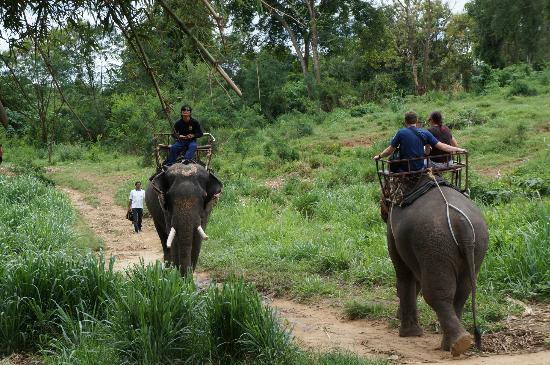 To wrap up your time in the outdoors, head out to the Wangpo Elephant Park, home to a bunch of pachyderms waiting to take you for a ride. It’s not an out-of-this-world experience – just a uick gambol through the forest with a dip in the water – but it’s great if you’ve got kids with you, and it’s always a slightly humbling experience to be sitting atop these majestic beasts.