It’s time to jump borders again, something that is remarkably easy to do in this neck of the woods. Board a train in Phnom Penh, and half a day later, you’ll be stepping off in Ho Chi Minh City. 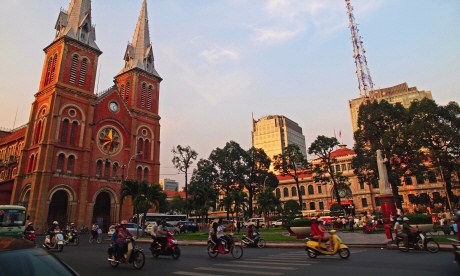 The capital of former South Vietnam, HCMC (or Saigon) has its own share of heavy history, but there have already been large doses of that, and it’s time to keep things light for a few days. Ho Chi Minh City is a good place to do that, to – as the base of the American operations in the country. It has quite a bit of a city-slicker vibe left over, though not in a way that takes away from its innate charm. It’s a city that’s got neon lighting up the skyline and immaculately-dressed residents walking along its broad pavements, sitting check-by-jowl with tiny lanes crammed with traditional ‘pharmacies’ and quiet temples offering respite from the chaos outside.

And it is chaos outside. Everyone in Ho Chi Minh City gets around on two wheels, and the roads are always covered by a veritable swarm of motorbikes. It’s rather unnerving at first, navigating your way across roads, and you’ll be the only one waiting if you’re looking for a break in the almost-constant traffic. Watch the locals get across a time or two – there’s no looking at the traffic involved, just a steady focus on the goal – and you’ll get the hang of it. 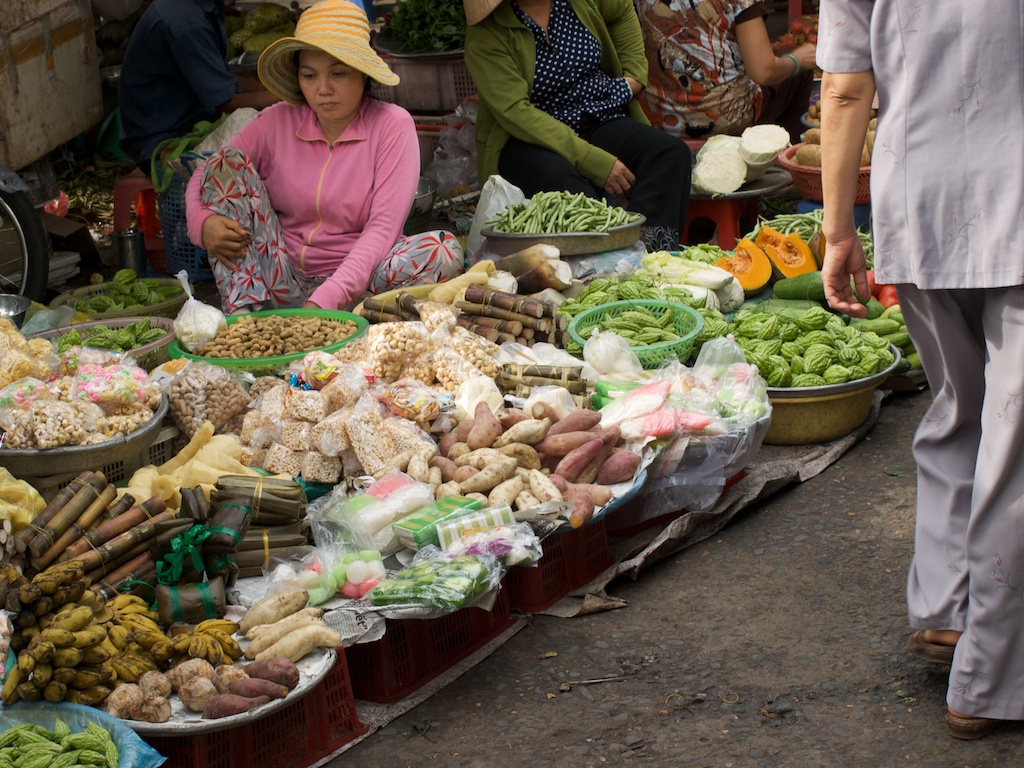 Before the war broke out and the Americans arrived, Vietnam was a part of the French Empire – make the time to walk about the city to take in some of the gorgeous architecture that’s been left behind. Swing by the Notre Dame Cathedral, sitting pretty in a square, and when you’re done there; pay a visit to the airy post office across the way from it too. There’s also the Reunification Palace, once headquarters to the South Vietnamese government; it’s an imposing, grand structure that has been left untouched since the fall of Saigon.

Vietnam’s history deserves a little bit of delving into the War Remnants Museum is a good place to get a feel for it. It’s only natural to compare it with the other big memorial on this trip – but where Choeung Ek in Cambodia was about emotion, the museum here bombards you with imagery and text that tell stories of atrocities and suffering. It’s a sobering, thought-provoking circuit, one that deserves the better part of an afternoon to do justice to.

Back on the streets, there’s a buzz in the air. The brand name stores lining the broad avenues are still busy, and people are getting ready to have a good time. Snag a table at the rooftop bar of the Rex Hotel, an HCMC landmark, and get yourself a sundowner as you watch the neon-lit city prettifying itself for the night, with the Saigon River winding in the background.