Substance with Style is a Winning Combination 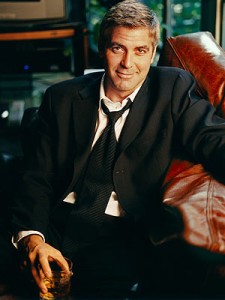 Clooney is known for his sophistication and charm

Men with a good heart and great conversational skills breeze through in wooing the fairer sex, and to top it all if they have a razor sharp sense of style; who can turn them down 🙂

What is it about these men that sets them apart, that elevates them above the average and into a level all their own? Surely the fact that they’re famous plays a role, but could a low profile business man or a journalist potentially find for himself that which made John F Kennedy such an engaging individual? Absolutely.

Ask several people what it means to be a man, and you’ll receive a variety of responses. There are those who’ll tell you that it’s about how much money you have in the bank, or about how many favors you can call in on any given day. And then there are who’ll cite humility and respect as the primary traits. Wealth and power are two things that many (if not all) men aspire to attain, but it’s not the stuff of substance. Character and charisma count for much more than dollars and connections. A man is defined by how he treats those who can do nothing for him, and how he treats those who serve him. A man is defined by how instinctively he offers his seat to a lady , young or old. A man is also defined by his willingness to put honesty and the welfare of others ahead of his own happiness and benefit – and in the case of fathers, well-being. 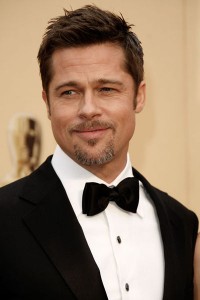 Brad Pitt’s looks and confidence has catapulted him to success

A man is defined by understated confidence, the ability to look, act and speak cool even when he’s crumbling under pressure. In essence, a man is defined by his actions and not his possessions. Success comes in many forms; you don’t need material wealth to be rich. And it’s this character and charisma with which the likes of Al Pacino an Robert de Niro command out respect and admiration. Famous around the world for his role as Michael Corleone, Pacino is known in Hollywood for his genuine humility despite his overwhelming success. In a tribute speech at the 35th AFI life achievement award ceremony, Andy Garcia mentioned that Pacino treated him as an equal on the set of the godfather despite their difference in age and experience. It’s moments like this, when others speak highly of you, that your success is truly cemented. If substance is foundation, style is the visually stunning edifice.

Take a man who accepts responsibility for his actions and put him in a snazzy, well- tailored Burberry suit, and you have an upgrade the likes of which can work wonders. Along with conversational skills and charming personality, being well-dressed ranks among the strengths most men aspire to love – and it’s one that is well within reach in most cases. While no gentleman would turn down the chance to own a three piece Zegna, you don’t have to rely exclusively on luxurious suits with super-high thread counts to look dapper. You can be fashionable on a budget.

They say that a suit is to women what lingerie is to men, so invest in a well- cut, well-tailored suit(save the readymade stuff for the kids) you don’t need to splurge on Armani, but you do need to be uncompromising on quality. If you’ve only got money for one suit, choose black, charcoal or navy , as they lend themselves to more options for shirt colors. A good suit is an investment – that means you do have to spend some money. Rather than spending it on a label, make sure that you get quality material and a top- notch tailor. The latter is especially important, as a good tailor will ensure that every other aspect is in place. When you find one, develop that relationship as you would any other professional connection. For less formal occasions and work, an assortment of shirts and polos should serve you well. Make sure these fit correctly- they should be neither excessively tight not baggy. Coupled with several pairs of well-washed denims and chinos, they’ll serve as the backbone of your modern wardrobe. Soon enough,  you”ll find your own winning combination 🙂