The Pioneers of Indian Fashion !

Fashion is a huge industry in India and with globalization, India has placed itself on the map creating its own unique identity of fusion with beautiful blend and combination of various dressing styles in the country. Here’s a look at my favorite fashion designers from India. 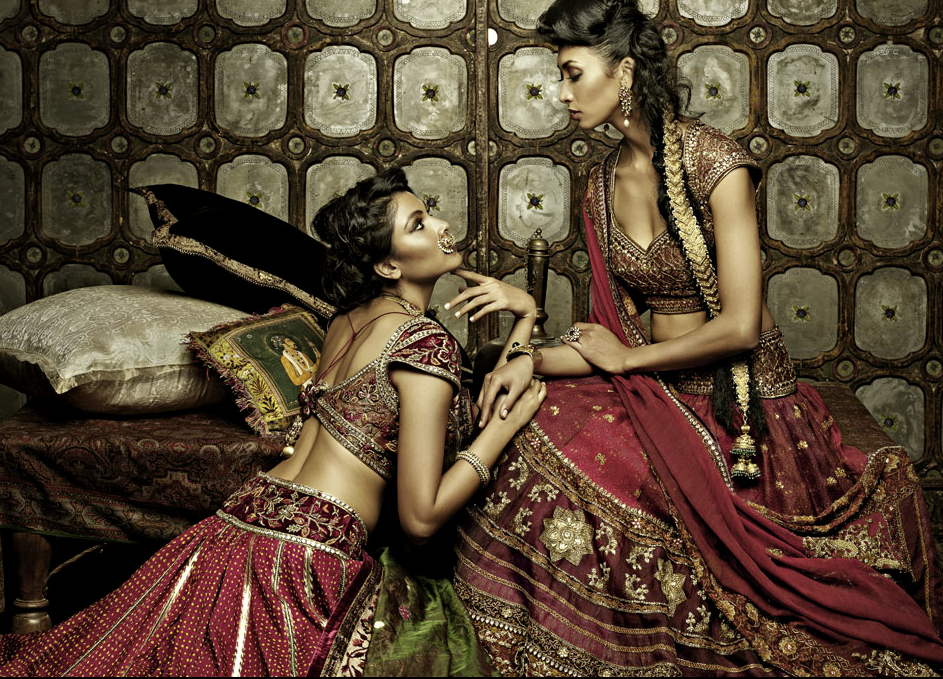 Tarun Tahiliani – He is one of the most celebrated fashion designers of India. He brought a revolution in the field of fashion in 1987 by opening the first fashion boutique in India ‘Ensemble’ He established the Tarun tahiliani design studio situated in New Delhi. His own brand label is known as ‘Ahilian’. His niche work on ethnic textiles using  beads and semi precious stones made his collections a huge success. Love struck by Vimal Model ‘Sailaja’, who is Tarun’s big support aided him in each one of his venture. 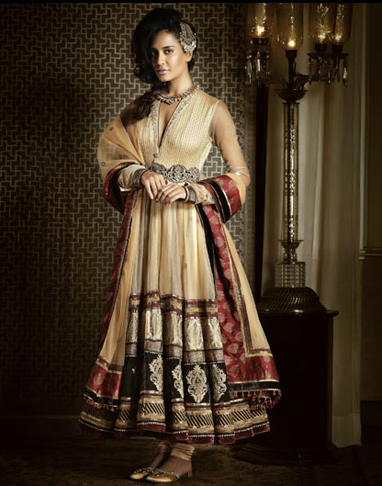 Lisa Haydon in an exclusive outfit designed by Tarun Tahiliani

Rina Dhaka – She burst into the fashion world in the late 1980’s. Winner of the Yuvratan award, she is counted among the creative and innovative designers of the country. She is best known for her theme collections, sheer trousers, crochet & stretch jersey, woollens and spider web motifs. Her forte remains western wear and she prides on the fact that her pieces can be worn as separates.

Rina emphasises silhouettes. She is not afraid of experimenting. In one of her collection she had mixed fur and boots with her indian outfits. She had shows in London, Paris and Milan. International magazines like Vogue and Elle frequently featured her work. Her brother Shantanu and Nikhil joining her in late nineties, her fashion design has become a family affair. Her collections are available at Karma in Delhi and Kimaya in Mumbai, and Lord & Taylor in New York 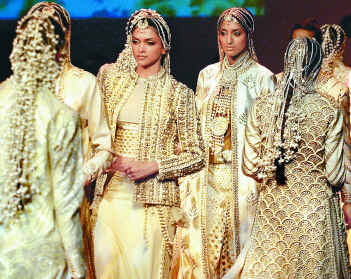 Rohit Bal – He is titled as India’s master of Fabric in fantasy by the Time magazine in 1996. Bal’s sense of aesthetics has finally honed in each one of his creations handcrafted to perfection, with meticulous attention to detail. He has access to the best industry has to offer in terms of materials and workmanship.  From villages where local craftsmen weave dreams with magic fingers to factories, workshops and outlets where he tailors to the oppuluent grandieur of glitzy boutiques. In 1990 he created his first line, traditional wear for Men and the rest in history. Some of his clients include celebrities like Uma Thurman, Cindy Crawford, Pamela Anderson, Naomi Campbell and Ana Kournikova.

Trendy woven collection by Rohit Bal. An extraordinary piece of art in gold and maroon.

Abu Jani & Sandeep Khosla – The two big boys of fashion industry 🙂 their collection speaks attitude and talent. They push Ethnic fashion to the limits almost to the dictates of their fantasy. No wonder they claim they do not make garments but make heirlooms. 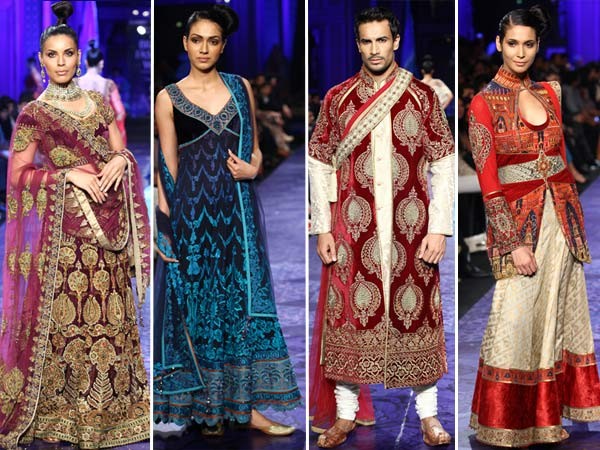 JJ Valaya – hailing from jodhpur, he is one of the most original and inspired designers working today. The revolutionary fusion of traditional crafts and contemporary haute couture generates an alluring one of kind hand work of Valaya. He has rejuvenated and redefined the age old indian crafts as a profitable niche within the cosmopolitan market allowing the valued artistic possesses to live on despite the pressures of globalization. House of Valaya continues to wow fashion with his ground breaking styles including majestic era of royal India will continue to rein well into the present.