Summer is upon us…and that means an abundance of berries!

A lovely healthy treat in the afternoon is a perfect way to relax without eating something that will make us guilty hours or minutes later. 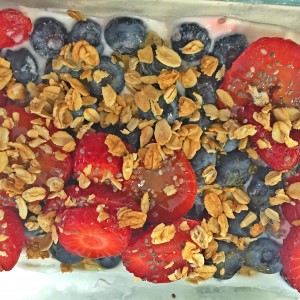 Here is a simple greek yogurt dish for that afternoon snack craving.

Any kind of granola

Layer the ingredients any way you like and top with a drizzle of honey and granola. Sprinkle with chia seeds for an extra boost of protein and fiber.

Its summer and now is the time to cool your body with these healthy albeit delicious smoothies.

Smoothies are a good substitute for snacking and are a dieter’s best friend. Watermelon is one of the best diet fruits, being light and absolutely yummy.

Depending on your diet, you can adjust the ingredients of your smoothie to suit your needs. The milk can be replaced with soymilk or low fat milk. The lemon sorbet gives the drink the perfect sweet and tangy taste. Put all the ingredients together and blend till the mixture is smooth, then serve. 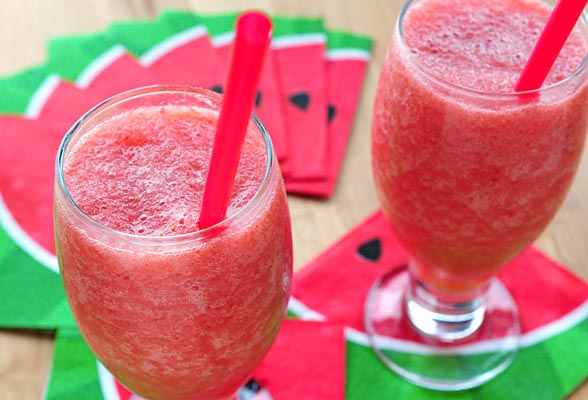 Refreshing drinks aren’t only restricted to fruity ones. This delightful recipe can be made with basil leaves and lemon syrup as the chief flavors = a welcome change from the typical smoothies.

Once you understand how the five key flavors (sweet, salty, sour, bitter and spicy) work together in Thai cooking, you can create authentic dishes that pack a powerful punch. Thai cooking is an art form. The key to perfecting the dishes is attaining a delicate balance of flavors, which only comes after years of practice and tasting. You need to understand each ingredient and marry them together. Once you achieve this, your food is guaranteed to transport you to the hawker stalls in a sunny Bangkok street market.

This garlicky stir-fried broccoli and bok choy dish is easy to toss together. You can use other vegetables such as baby corn or Chinese cabbage as well. 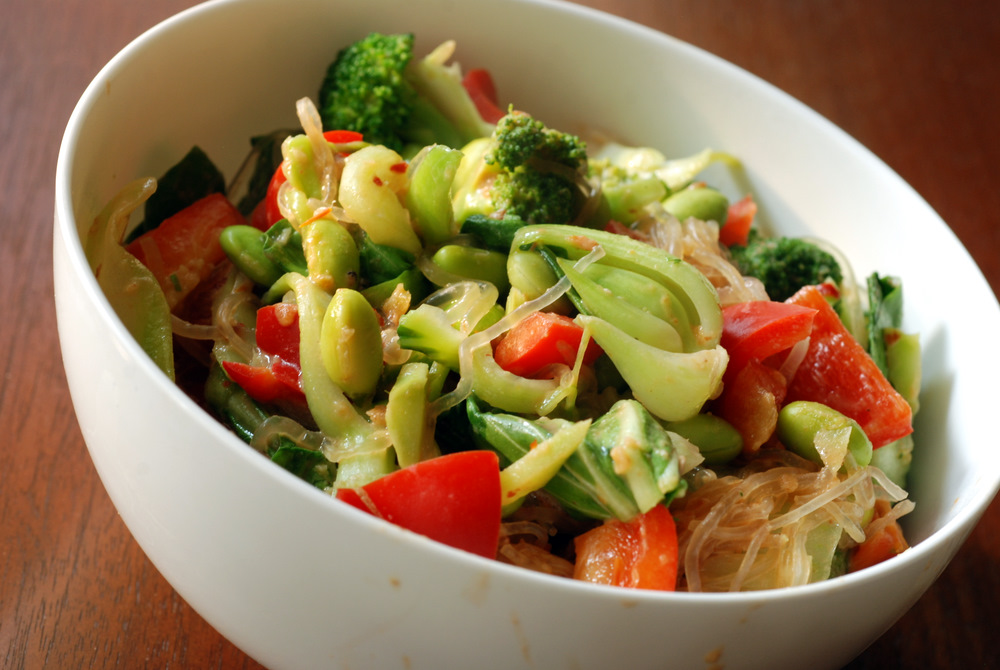 Heat the oil in a wok, add the chopped garlic and sauté well for about 30 seconds, until light golden. Add the chili paste and yellow bean paste and sauté further for 1 minute. Add 2 tbsp water. Stir in the blanched broccoli florets, bok choy and sugar and sauté for about 3 minutes until everything is well combined END_OF_DOCUMENT_TOKEN_TO_BE_REPLACED

Turn up the heat and surrender to the mouth watering flavors of Thai cooking with this cracking menu that combines the best of sweet, sour, hot and salty.

Som tam is a spicy salad made with unripe papaya. The key flavors come from the sour lime, hot chili, salty fish sauce and sweet palm sugar. Traditionally the ingredients are pounded in a mortar but you can process them separately and toss together in a salad bowl as well. 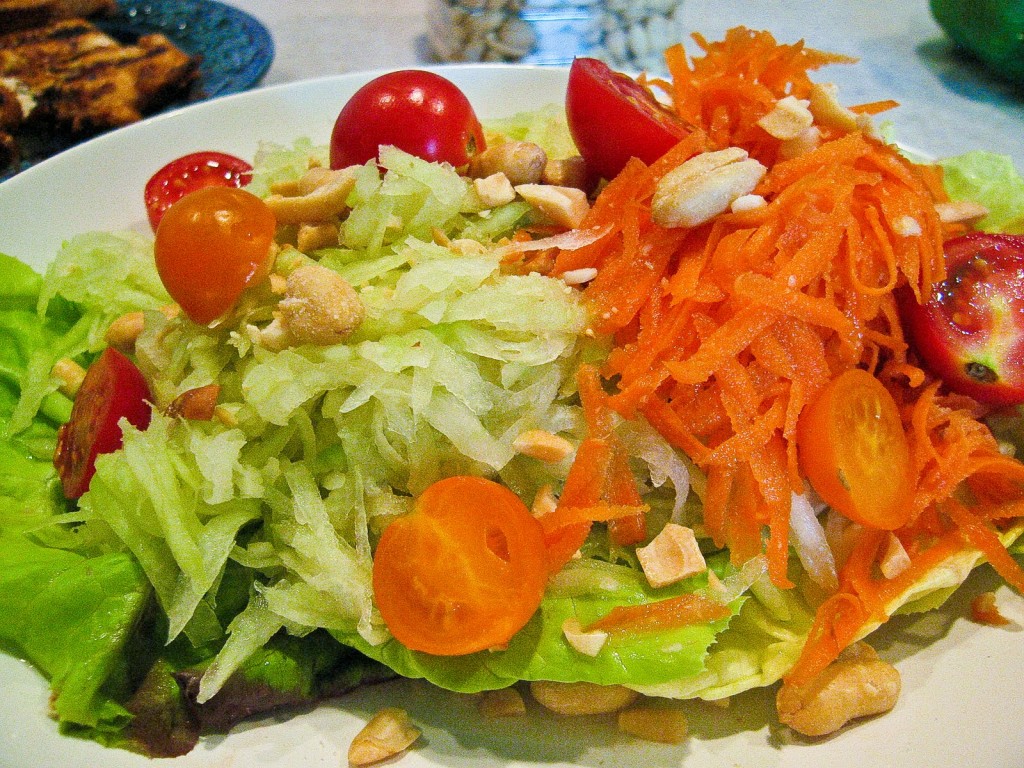 Put the papaya in a colander and pass it through running water, then drain.

In a mortar, roughly pound the garlic and the chilies with a pestle. Add the chopped beans and pound until crushed. Add the palm sugar, soya sauce, lemon juice and fish sauce and stir well. Add the tomatoes and press gently with the pestle. Add the peanuts and the papaya and stir until END_OF_DOCUMENT_TOKEN_TO_BE_REPLACED

A household staple, French beans are uber versatile and easy to cook with. Turns out, these slender veggies are nutritional heavyweights too!

For the most part, the French bean has been a backstage vegetable – one that is available all year round and can be steamed, barbecued, marinated and pan-fried – all at a moment’s notice. But this understated yet versatile vegetable has several health surprises to offer. Crunchy cooked green beans naturally improve heart health, prevent colds and boost energy by being rich storehouses of antioxidants such as vitamin C, vitamin A, vitamins of the b complex group and iron. (Antioxidants and vitamins help people combat infection on a day-to-day basis). More importantly, French beans and other green beans also contain significant quantities of some lesser known nutrients such as manganese and molybdenum, which play a vital role in enhancing enzyme activity. 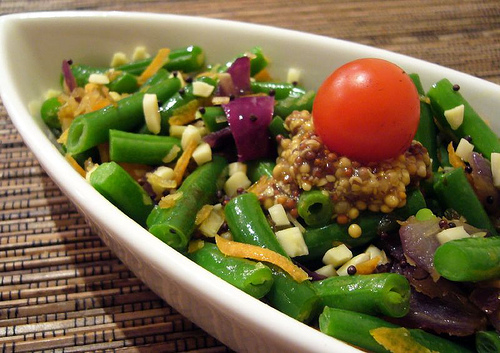 Some of the powerful antioxidants contained in green beans belong to the carotenoid family. Carotenoids are responsible for the orange of red-orange pigments found in food such as tomatoes and carrots. However, in French beans, the chlorophyll that gives them their bright green color also keeps the red pigments from being visible. Much like other foods rich in carotenoids, French beans also prevent blood fats from getting oxidized. (When LDL or bad cholesterol comes in contact with harmful radicals, it becomes oxidized. Oxidized fat gives rise to inflammation, damages healthy tissue and also deposits as plaque in blood vessels). 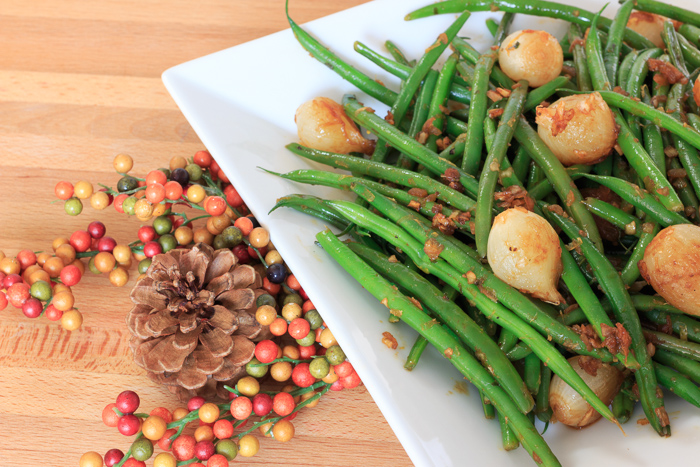 In addition the vitamin K present in French beans promotes healing and strengthens connective tissue. Since French beans contain significant amount of the vitamin folate, they also improve the health of pregnant women and help prevent fetal birth defects. Recent studies have shown that the silicon in French beans is better absorbed by the body than silicon from other sources. This mineral nutrient is essential for bone health. Being high in dietary fiber, green beans also go a long way towards preventing type 2 diabetes. Fiber slows down the absorption of blood glucose, thereby improving the body’s sensitivity to insulin.

Pick French beans that are lush green, tender, quick to snap and not dehydrated to the touch. Clean them in a solution of 1:10 of vinegar to water before cooking. Clean them before chopping to prevent the wastage of water-soluble nutrients such as vitamin C and those of the b complex group. Store raw beans in a perforated plastic bag in the vegetable compartment of the refrigerator. French beans pair well with other vegetables and are just as easily prepared in a crock pot, Moroccan tagine or a vegetable kadhai. No matter how you eat them, you can be sure you have made a healthy and nutritious choice. 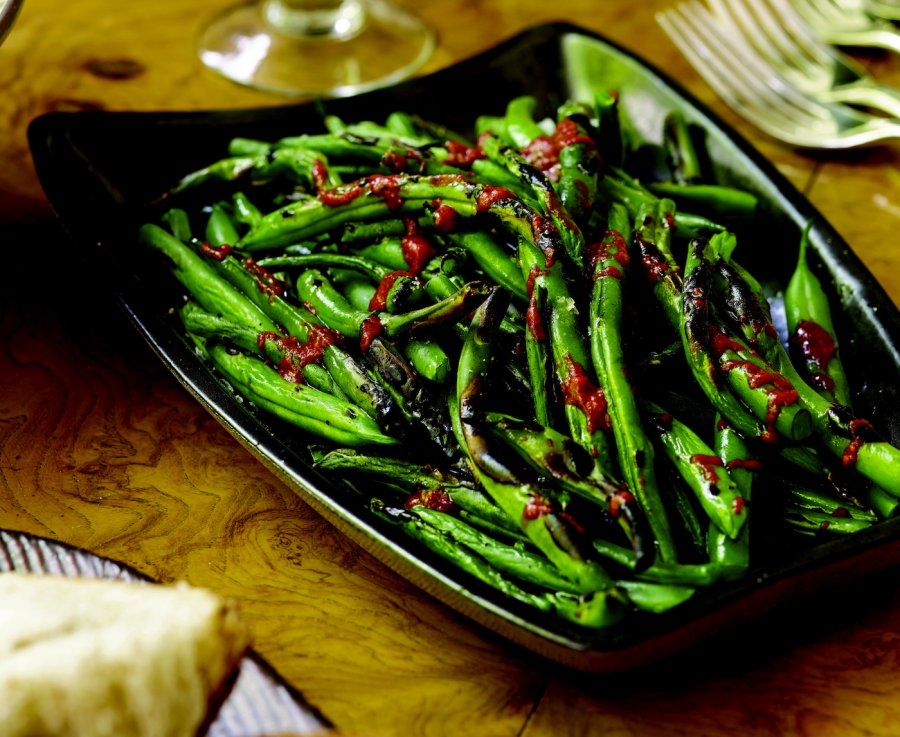 Bright Idea: You can steam green beans lightly (for two or three minutes) and store them in the freezer for up to three months – the loss of nutrients will be minimal.

When you weren’t looking, home catering suddenly got a whole lot more professional. Pre-plated, molecular, French bistro style…you name it, they’ll do it! Breaking free from stodgy plating and uninspired menus, home caterers today are a cool new breed of culinary school graduates who’ve done their time in professional kitchens but prefer the flexibility that whipping up a feast an order has to offer. Encouraging more people to eat out at home are gourmet caterers and 2014 is likely to see a lot more chefs and customers opting for home catering, with a serving of modern gastronomy on the side. 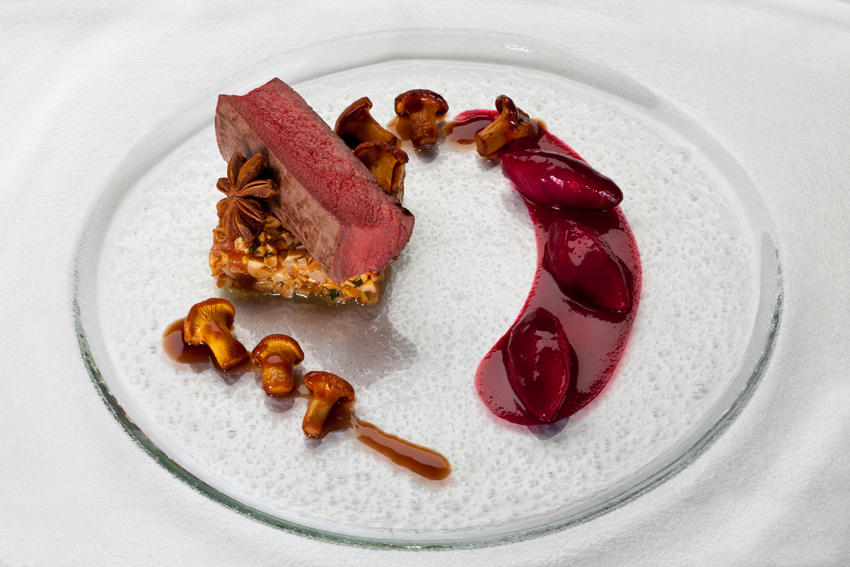 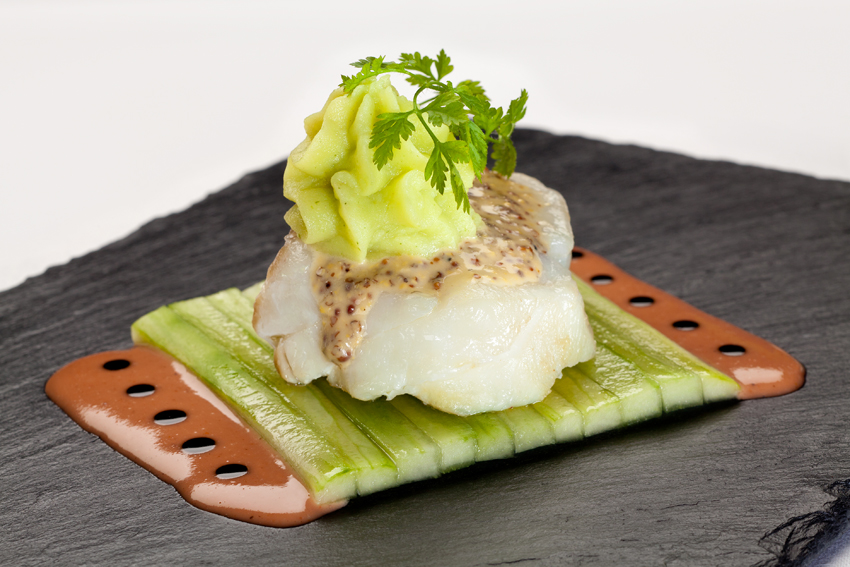 Haute Cuisine – sea bass sitting on top of shaved slices of cucumbers is styled to perfection!

We love fish tacos and this recipe with pineapple salsa uses basic ingredients to create a stunner of a dish.

The internet, food television and access to equipment has opened up all-new vistas for the now-burgeoning bandwagon of people who are looking to do more than just skim the surface of conventional cooking. You can experiment with cultures and fermentation and end up making French cheeses like camembert and brie and also brew your own alcohol at home. Amateur setups too have started all over where home brewers meet every month to share their experiments with the yeasty brew. This quiet revolution will soon take kitchens across the world by storm and we couldn’t be happier. 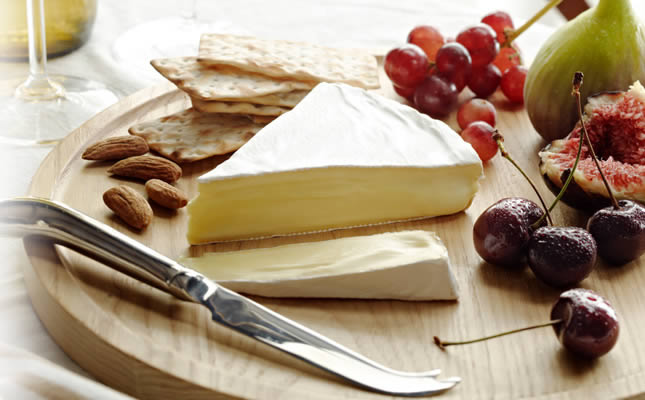 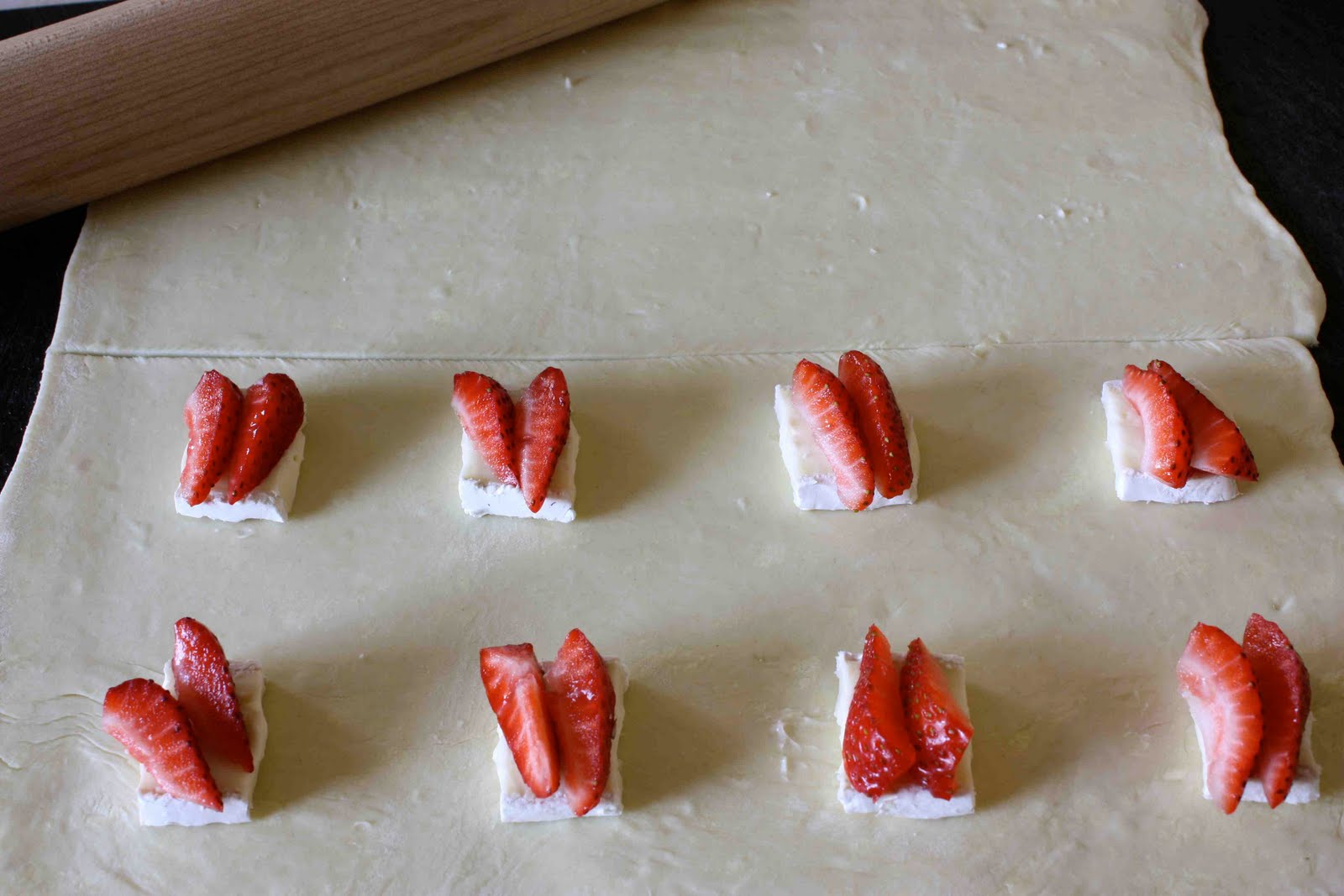 Try this at home

Say cheese with this no fuss recipe for ricotta salata, a dry and salted ricotta. The younger the cheese, the saltier it is, but it blooms into a mellow treat as it ages. It is made with readily available citric acid powder rather than hard-to-find rennet. 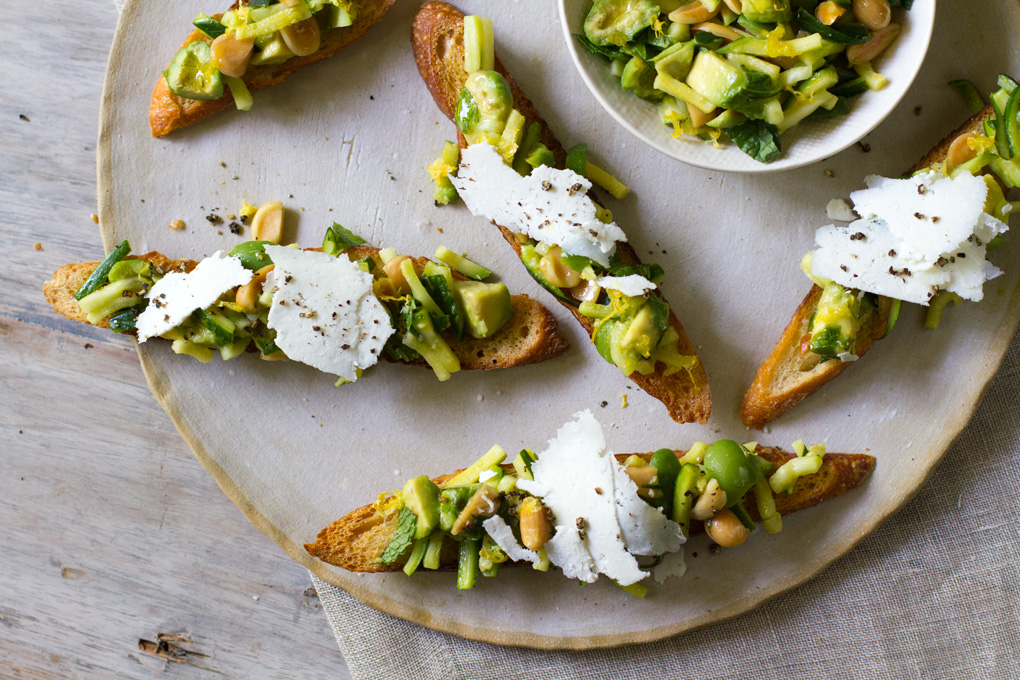 Rarely has there been a condiment that could upstage the holy trinity of ketchup, mustard and mayo. But with burgers and sandwiches getting a posh makeover, it was only a matter of time before dipping sauces got a do-over as well. Chefs are finally beginning to see the potential these supporting roles can offer to their star dishes. Restaurants are now offering poshed up condiments such as champagne, mustards and fruit batters. 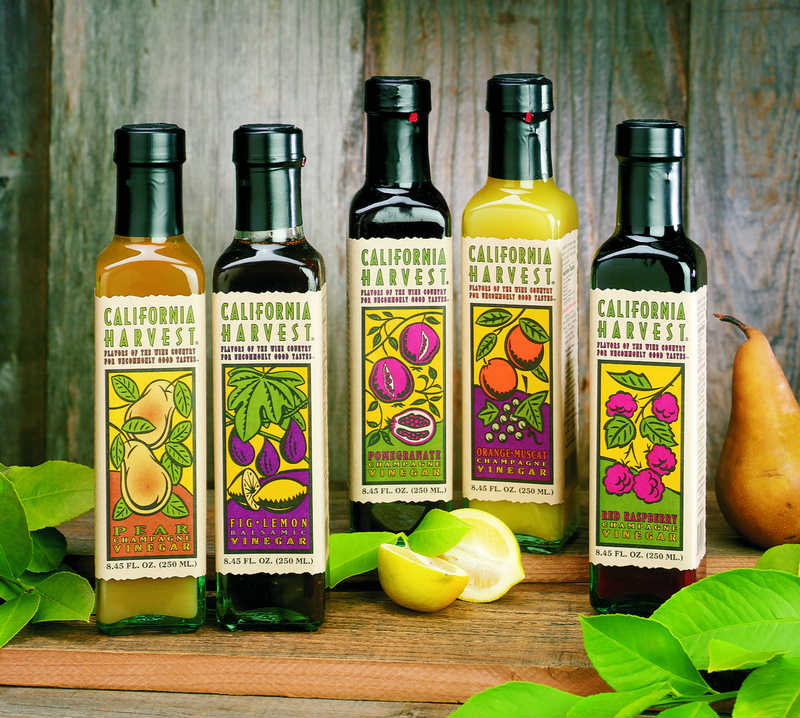 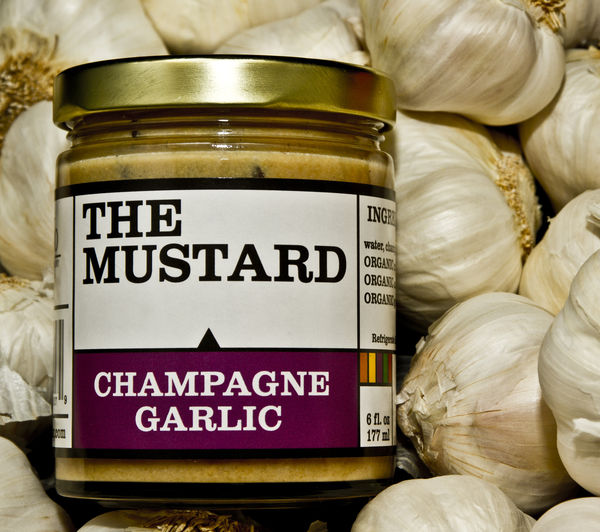 Try this at home:

Give this mustard and tomato chutney a try and I promise you’ll never look at store-bought ketchup again. 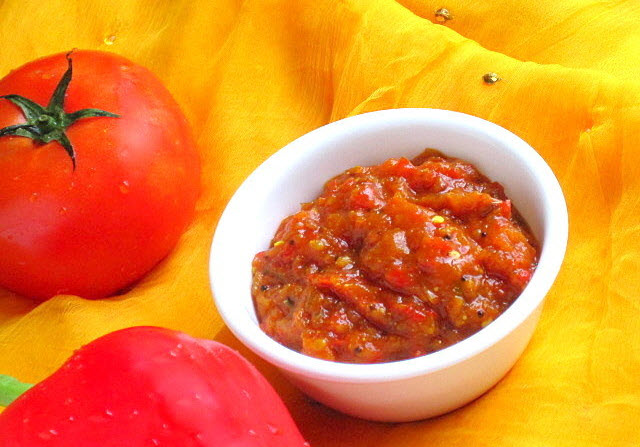 Heat the oil in a saucepan and the mustard seeds. Allow the seeds to splutter and add the chopped garlic, onions and curry leaves. Lower the flame and sauté for 5 minutes, add the turmeric and chili powder, tomato puree and diced tomatoes. Mix well. Stir in the raisins, brown sugar and malt vinegar and simmer for 1 hour, until thick. Remove from the heat, season and allow it to cool. Store in a glass jar and refrigerate for further use. 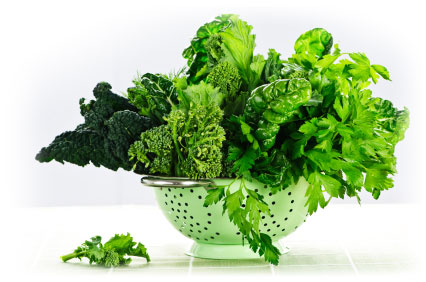 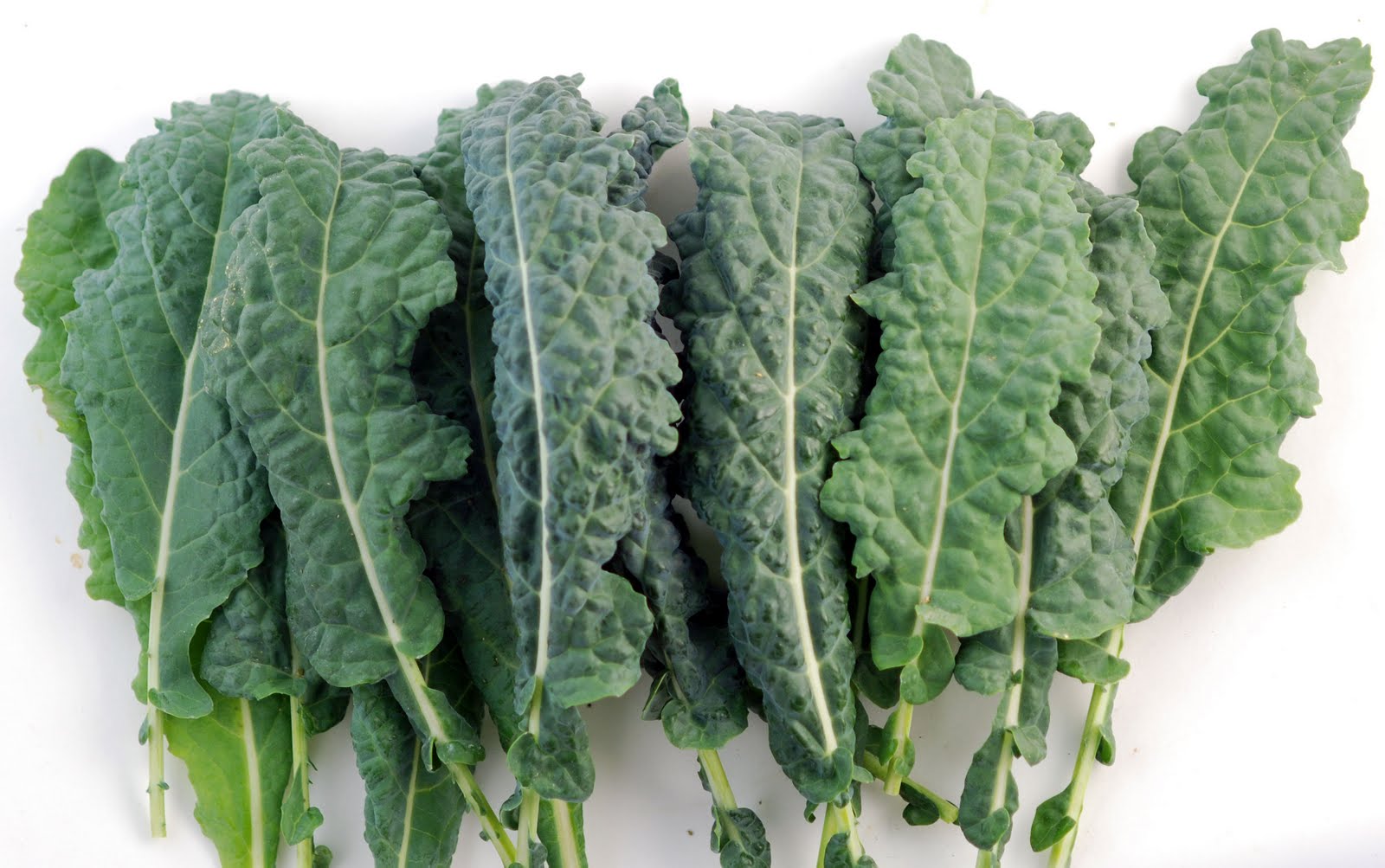 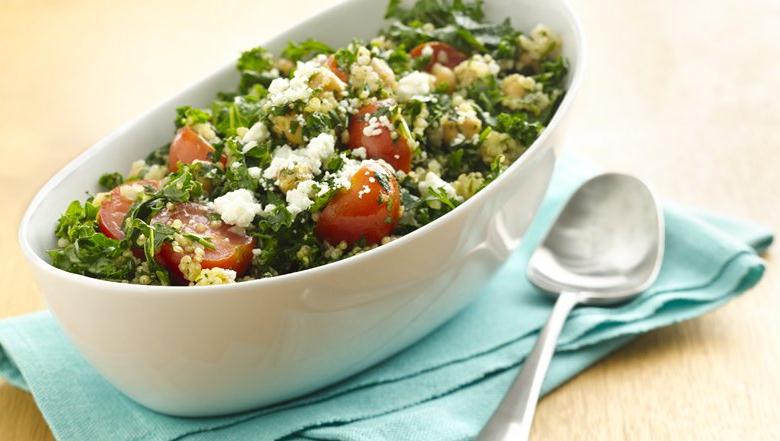 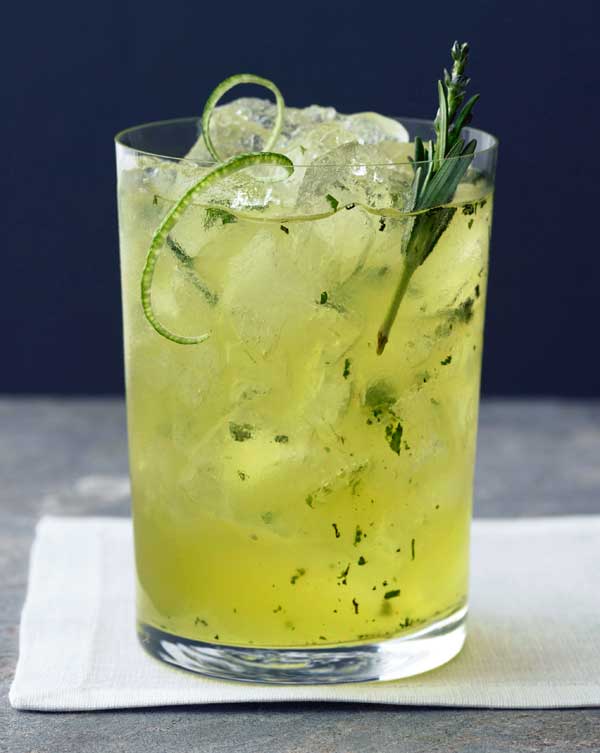 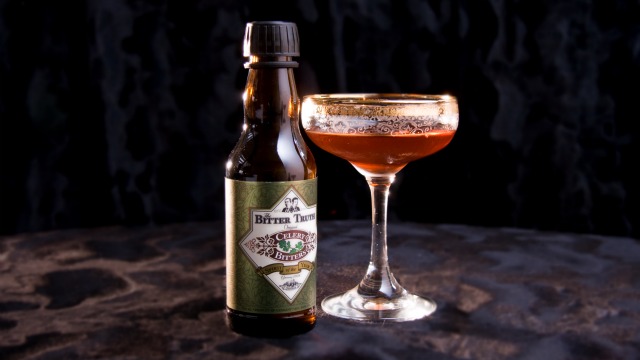 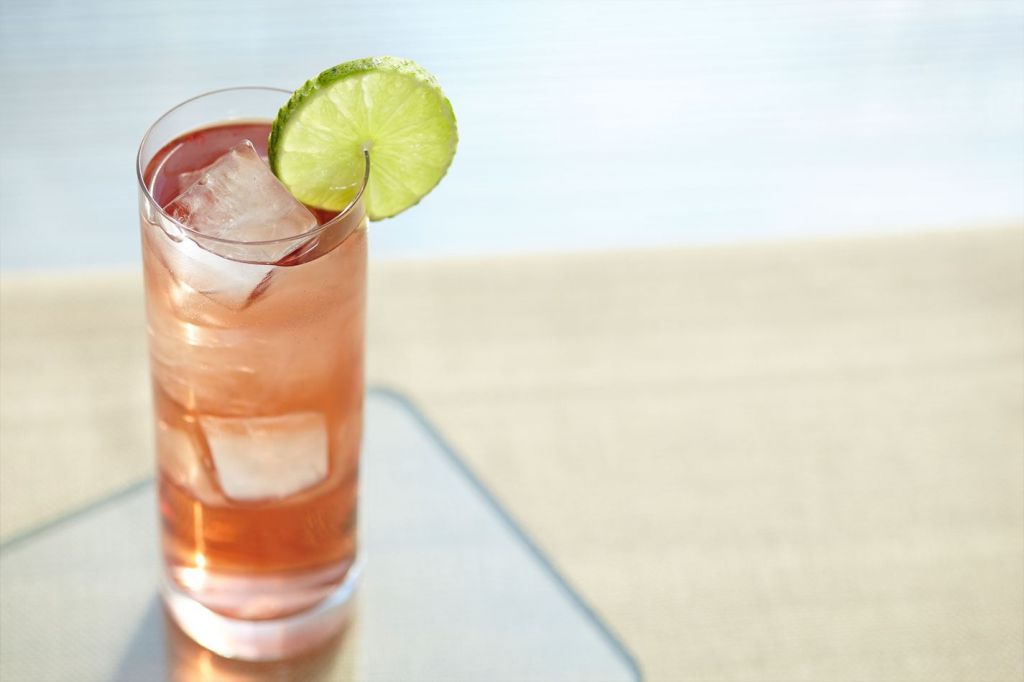